This is not the downturn you're looking for

The number of closed deals was down by some 40% year over year, and the overall dollar amount was roughly flat, compared to one year ago.
By Sarah Lacy
Apr 5, 2016 · 4 minutes

You’ve heard the phrase “a flat round is the new up round” when it comes to companies raising capital in 2016, right?

Something similar played out when it came to overall venture funding numbers in the first quarter, according to recently released numbers by Pitchbook. The number of closed deals was down by some 40% year over year, and the overall dollar amount was roughly flat, compared to one year ago.

While this sounds bad, it certainly isn’t the correction that everyone (lead by the Greek Chorus of Bill Gurley) was hoping for/ warning against, given how overheated things were in 2015.

Let’s talk about deal volume first. While a drop from 4348 deals a year ago to 2685 this quarter is dramatic, the deal volume has been declining every quarter for the last year. The quarter-to-quarter drop was from just 3,294 deals to 2,685. It’s down sure, but that’s just the continuation of a pre-existing trend. The oft-talked about “flight to quality” when investors start to get freaked out.

It’s not as steep of a drop as you’d expect given the overall negative narrative that dominated January and most of February. Especially when you consider the dollar amount was up substantially from the fourth quarter and flat compared to a year ago. VCs put $30 billion into startups in the first quarter, roughly the same as the first quarter of 2015. That’s up from $26 billion in the fourth quarter when mega rounds mostly fell apart, and many predicted we’d hit peak VC.

This isn’t the start of a downturn: It’s more of the same. For most of 2015 dollar volume hasn’t correlated with deal volume, skewed by the mega-fund and unicorn phenomenon. While it isn’t accelerating-- at least on a year-over-year level-- it certainly didn’t collapse.

This backs up what we’ve been writing anecdotally, especially in the past month as many public stocks stabilized. While companies like DoorDash had trouble raising a round at $1 billion, and companies like Birchbox had to do modest layoffs, these are minor set backs. DoorDash eventually raised the cash it needed to stay in business, and we’ve heard Birchbox is doing a round too. Meantime more catastrophic stories like Zenefits have to do more with a rotten culture, and a little too much disruption. In other words: A company that could fail at any time, not just a correction. And we should note, Zenefits is still in business with a new board and management team. Meantime, Snapchat raised at a flat valuation, Oscar, Slack, and Didi Kuaidi raised at/ are expected to raise at up valuations.

Even the weaker players in most overheated, logistically brutal categories like meal kits are getting more capital from somewhere.

Overall, Pitchbook says valuations stayed high for the deals that were able to close. Quarter-over-quarter median pre-money valuations were up some 22%. This despite VCs saying most startups should be valued at some 30% less than they were priced at in 2015, and widespread mutual fund downgrades of top unicorns. Again: More of the same. Fewer deals, higher prices, flat or up capital. These is not the correction you were looking for.

Plenty of folks have argued that some of these deals were already in progress in the fourth quarter, and just happened to close in this one. So things could fall further in the second quarter.

But entrepreneurs don’t seem to be living in a time of austerity. While some companies are indeed doing layoffs, they are either modest in size or confined to publicly traded companies like Twitter and GoPro. Anecdotally I hear of plenty of unicorns still hiring, still expanding into new office buildings, still behaving as if the worse case scenario is a flat round or a downround, not a total lack of available capital, forced exit, or insolvency.

Even Zenefits-- so far the poster-child for bro-y unicorn excesses-- is still in business. And Instacart-- a company that many predicted could be one of the first unicorn flameouts-- says it’s profitable in many markets (although it has pretty creative explanations of what “profitable” means.) Instacart has pulled back its expansion focusing on efficiencies to cut its burn. But it plans to reaccelerate growth later this year.

Meantime, VCs are having one of the best quarters raising their new funds in three years.

So are we out of the woods? Is that all this correction is going to be? Were the last few years as rational as Patrick Collison’s Fortune cover would have you believe? 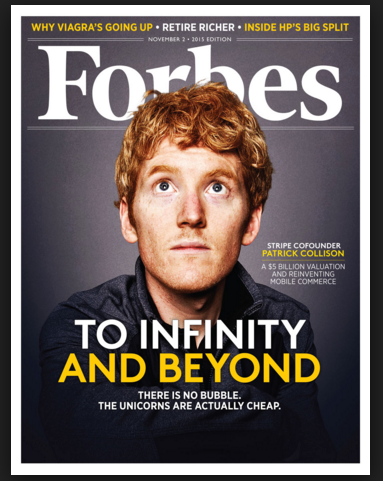 For one thing, exits continue to absolutely suck. You simply can’t ignore the money coming out side of the equation forever.  At 261 for the quarter, they are the lowest they’ve been since 2010. Exist were down from 435 a year ago. Those getting out are taking forever: The median time to get acquired is six years and the median time to IPO is nine years.

The most damning: There were only five US IPOs in all of the first quarter, and zero US tech IPOs. The number of exits overall has declined every quarter in 2015, with the trend continuing so far this year. This is not a blip.

This is one reason hedge funds and mutual funds are leaving. The question is whether other sources of capital-- like WeWork’s headscratching China deal or Gawker and Uber’s sketchy Russian Oligarchs-- can continue to make up the balance.

Corporate acquirers and public investors simply don’t want to pay the private round prices. That stalemate can’t last forever. In fact...it’ll last about another nine months for some 60% of unicorns who have raise capital this year, according to CB Insights.

Then we’ll see whether Collison or Gurley are right.