Another VC insists every startup (not in their portfolio) is screwed. Once again, no data cited

And the Wall Street Journal eats it up, without citing any real evidence.
By Sarah Lacy
May 2, 2016 · 7 minutes

There used to be a popular-- if callous-- bumper sticker in the wake of the dot com crash reading some variant of: "Please, lord, give me just one more bubble." Today's equivalent slapped on Teslas up and down Sand Hill Road might be: "Please, lord, let this crash happen already."

Today in VCs trying to talk us into a market correction, the Wall Street Journal gives us: Keith Rabois from Khosla Ventures!

In a May 2 story, Christopher Mims writes a bold unequivocal story-- or at least a bold unequivocal headline: “This Tech Bubble Is Bursting.” The problem with his argument? It’s more of the same, still with no data showing an actual crash.

It leads with a VC making an impassioned and fearful argument about how it’s all a house of cards that’s going to collapse once everyone wakes up and realizes there’s far less underlying value to these companies than… we thought six months ago under almost identical market conditions.

But Mr. Rabois says many investors and entrepreneurs haven’t yet grasped the new reality. “If that suspended disbelief ends, all hell breaks loose,” he says.

I don’t disagree with Rabois that a correction has to happen at some point. I’m more bearish on many of his own over-inflated investments than he is. For one, Rabois is a vociferous investor in Stripe-- a company that has declared that unicorns are undervalued.

Stripe was last valued north of $5 billion. For reference, the far larger rival to Stripe, Braintree was acquired by PayPal for “just” $800 million. And Braintree was no slouch: Last week, PayPal announced earnings and declared insane 174% growth of Venmo (also featured on 60 Minutes last night) and that PayPal OneTouch is the fastest growing product release in its history. Both were acquired by PayPal as part of Braintree. Meantime in the overheated financial services space, Square went public for well under its last private valuation of $6 billion, prompting Kevin Kelleher to call it a “Eunuchorn.” It’s worth noting the same corporate-- Visa-- played a role in bidding up the private valuations of both Stripe and Square.

Here’s problem one with the argument that a bubble is about to pop, because VCs keep saying it will: They seem to never mean their own over-inflated companies. (Or do they really?)

Here’s another problem with the argument: As of yet, there’s simply no evidence of this crash. Mims says in his story that “startup investment has cooled” and “valuations are falling.” I wish he’d cited his data source, because all the ones I track haven’t shown that at all.

In the first quarter, overall money going into startups actually ticked up. Sure, the number of deals, new unicorns, and mega deals fell. But the overall numbers of deals have been falling every quarter for the last year. If that signals a bust, it started a year ago, as the number of unicorns and mega deals hit their peaks. Mega deals started to decline last fall, but it’s nothing close to a nuclear winter: Valuations of companies like Oscar, Snapchat, WeWork, Didi, and Uber have all been holding steady or increasing.

Mims also cites as evidence the utter lack of IPOs or meaningful exits this year. We have too. And we’ve written that the recent foul mood with which investors greeted disappointments by Alphabet and Apple signal that it’s not gonna change anytime soon.

But in a sense, that undercuts the argument of a pop even more: If there are no exits, wouldn’t that exacerbate a decline in valuations and funding if we were in a crash? Even in the wake of what should be total fear over how some $90 billion in invested capital will become actual returns, valuations increased in the first quarter and funding went up too. That's the sign of continued irrationality, not fear and over-reaction.

I do agree with Rabois that the record amount of venture capitalists replenishing their own coffers in the first quarter was a sign of fear of the future, not bullishness on the present. But VCs’ fear over this market has been on record for the better part of a year. And still, quarter after quarter, there’s simply no sign of a crash in the numbers.

This will end at some point. Until then it has to be one of the strangest “crashes” on record. One that the guys with the checkbooks keep trying to tell everyone is totally happening, even as checks continue unabated.

Now, to be fair to VCs like Rabois, it’s not just “VCs” writing the checks. Hedge funds have decreased their involvement in late stage deals, but foreign capital and corporate VC are still pushing the numbers up. In the first quarter of the year as much money was invested in US companies from international sources than from firms based in California. That’s a huge change from any previous era.

Mims cites as evidence a handful of companies doing layoffs too. Unfortunately for his argument one of them is long-troubled Jawbone. It was already struggling even as its rival Fitbit did well in its market debut. That’s about like Shuddle claiming its failure was due to the market in the same quarter it’s smaller competitor HopSkipDrive raised a $10 million round and expanded its business. His other examples are Tango and Kabam (pictured below). Tango is hardly one of the top companies of the era, in the crowded messaging space where Facebook has a chokehold of three of the top four platforms. I don’t know Kabam, but gaming is a rollercoaster of a sector generally. 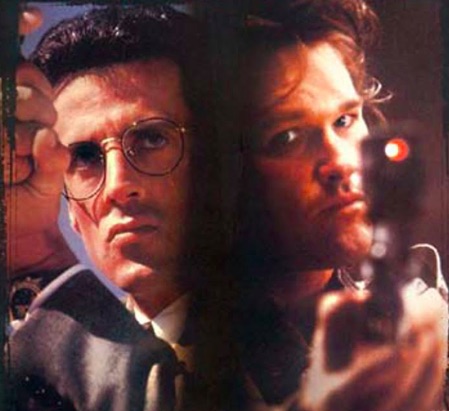 Mims then cites that nine of the 88 US unicorns swapped CEOs in the past few months. CEO swaps happen at some of the best private companies in the best of times. (Google, LinkedIn, Twitter to name a few.) Nine out of 88 is hardly a sign of widespread weakness.

It’s about as good of an argument as the one I debunked last week that the on demand economy was falling apart because a few reporters could name a dozen or so thinly funded companies that went under in a sea of thousands funded. You always have to assume 30% or so failure rate for startups. Even in a normal market-- let alone a crash-- we should be seeing more management changes and failures than we have been so far this year.

Mims doesn’t mention another data point that his own paper reported a few days earlier: Fidelity has suddenly started upgrading startup valuations again. All fall, VCs and reporters insisting we are in a correction have cited mutual funds like Fidelity marking down many of the hottest unicorns and decacorns. So much for that argument: Even poor much maligned Dropbox got upgraded.

I’ve been writing for nine months that we’re looking at a schizophrenic set of data: One in which the number of deals declines, but the capital invested keeps soaring. One in which more money is pumped into “Pre-IPO” companies at record valuations, even as we see historically bad IPO levels.

I’m with Bill Gurley and Rabois in agreeing it can’t last. And it will pop at some point. And when it does, it’s likely to be uglier than other VCs want to admit.

But the data from the first quarter at least is clear: It isn’t happening yet. And that could make things worse in the short term: Entrepreneurs who have already never operated in a market when capital wasn’t free flowing may start to assume these VCs are crying wolf, and there’s no reason to brace for a coming change in fortunes.

The $90 billion question: What are burn rates like at the 145 unicorns out there? In theory many of them have raised enough capital to outlast even a severe downturn. But that’s only the case if the entrepreneurs really believe it’s coming.

As we wrote last week, this is likely the reason that VCs keep making these grand public statements: They want to point to something showing they called it once it does collapse, and they’re likely sick of saying this in board rooms and mostly getting ignored. But if this non-crash continues to drag on the nine months of warnings may increasingly fall on deaf optimistic entrepreneur ears.