I tested Rent The Runway’s new Unlimited service. My satisfaction was… limited

For $139 a month, you get a “Netflix for clothes.” In other words, you can rent three pieces from the company’s collection of clothes, purses, and accessories, keep them as long as you want, and select new ones once you are done.

The concept is great. So great two wildly different men in my life went on long rants about how they wished it existed for men’s clothes: Paul Carr (who owns just enough clothes to fit into one suitcase but is super snobby about brands) and Bradford Shellhammer (who likely owns more clothes than most women, and will wear everything from insane couture to the right silver top found on eBay.)

The bottom line for me: I really, really wanted to love this service. It’s good enough now that I likely won’t cancel right away, but it’s not great. Which is frustrating, because with a few tweaks it could be.

First, my views on Rent the Runway before Unlimited: I’d used it once. Pando was nominated for an Emmy just after I’d given birth to Evie. Not only do I not own a gown (nor can I imagine ever doing so in the near future) but if I did it wouldn’t be in the size I had to wear after having two kids back-to-back. And given both those realities about my life, I wasn’t going to shell out $1000 to buy one to not win an award. (My interview with Mark Pincus was up against a piece on human trafficking. I mean...)

There couldn’t be a more ideal time for a service like Rent the Runway. And while I did get a dress and it was fine, I found the experience unsatisfying.

For one thing, the selection wasn’t great. I got a Nicole Miller gown which was about as high end as they had. If I’m going to rent something for a special occasion, it’s only fun if it’s the kind of thing I could never afford to own. Worse: Rent the Runway insists on encouraging you to upload pictures of yourself wearing the piece so that other women can see how the dress fits “real women.” This is well intentioned. But to me it destroys any illusion that this is an aspirational service.

I felt like it was a site that was simply not for me. The way most 50-year-old tech writers feel about using Snapchat.

But, that’s to be expected off a service that traffics in gowns, and let’s be clear: I was unlikely to rent one again. But Unlimited offered the allure of something else-- everyday work and evening wear. Not the kind of stuff you’d make a point to go “rent” but exactly the kind of stuff most women want regularly refreshing in their closet. It’s exactly right as a subscription service. For the same price that I’d buy one thing I like, I can have three new ones at any time. It broadens the appeal of Rent the Runway considerably, which hopefully means more diversity in the options available.

And parts of the service are incredibly well done. The UPS bags the garments arrive in are well designed, and it’s easy enough to send them back…. If you have a UPS drop nearby. (This took me a few days to navigate, but many women have them in their offices.)

Also great: I was assured that should my kids ruin anything, no problem. Full dry cleaning and insurance is built into the price. This wound up being handy, not because my kids ruined a thing, but someone kindly trying to help me out with laundry shrunk one piece and my cats peed on a second. Welp. Sorry, RTR.

I had no trouble finding pieces I wanted to rent. Most were a few hundred dollars a garment, which is what I might spend on a piece, so I still didn’t get the Cinderella experience of wearing things I could never afford. Instead, the appeal was trying things out that I might not want to spend that much on. Taking more fashion risks.

My absolute favorite piece I’ve rented in two shipments is this $1000 fur vest. 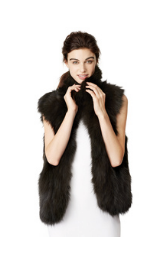 That was the good. It quickly soured from there when it came to the actual items. My second favorite was a cherry blossom jumpsuit by Corey. This was an item I would have never bought online, but I loved it.

One problem: The one I got was damaged. All the internal ribs in the bodice were frayed at the supports and jutted into my skin. Imagine wearing an underwire bra where the underwire wasn’t sewn into place. Yeah. I tried to temporarily solve the problem with some fabric tape. But by the end of half a day wearing it, I had red welts on my skin.

I’ve rarely worn any clothes so much that that occurs. How much has this thing been rented? And how bad is the quality control that they didn’t notice? I suddenly felt horrible for the cat peed on romper and who might get it next.

I wouldn’t mind this if I were buying it from Buffalo Exchange. I’d just repair it myself. But this is supposed to be like getting a constantly refreshed new wardrobe. That’s always been my core problem with RTR. It doesn’t ever quite seem to be sure who the service is for.

The other items I ordered were ho-hum. I got a dress that was cute on the site but atrocious on. That isn’t really the fault of the dress. I have a difficult body to fit. I got a Rachel Zoe romper that looked more like scuba gear IRL but was cute enough to wear twice before returning it. I got a Free People top that was nothing to write home about, and probably not worth the postage, but not awful by any stretch. I wore it once and got a compliment.

These disappointments aside, there are still a ton of pieces I want to try, so I’m not sure if I’m just ordering badly. Rather than uninspiring pics of “real people” wearing the clothes I’d rather read text of the good and bad of each item. IE: This “maxi” dress actually isn’t very long in case you are tall or don’t order this dress if you are heavy-chested. The feedback form requires you fill out way too many fields to be submitted. I tried to fill it out for the vest but gave up. I’m sure as shit not uploading a picture. If a teenager wearing my Emmys gown ruins the experience for me, imagine a hot young thing seeing me at the Tanforan Mall with a toddler wearing her amazing new fur vest. 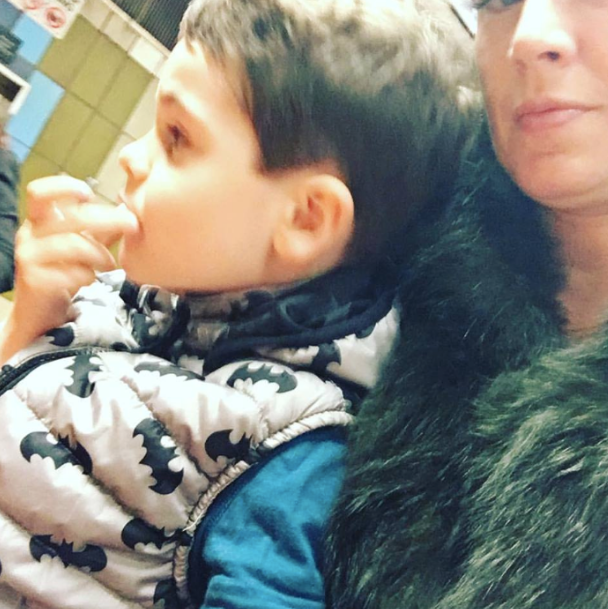 In general, the navigation and browsing leaves something to be desired. Simply sorting by “dresses” doesn’t help me find what I’m looking for. I get sick of scrolling and wonder what amazing finds there are deep within the site. I’d prefer a questionnaire -- perhaps like ShoeDazzle in the early days-- that could determine my style and lifestyle and make recommendations. My work attire, for instance, isn’t like the typical New York 20-something.

One other thing I almost like about the service: If you love the clothes you can buy them, frequently at large discounts. The problem: The discounts make no sense. They should be based on an item’s wear…. Right? But the jumpsuit worn so many times it was damaged was only 10% off. The immaculate fur vest on the other hand was 60% off. (I may actually buy it still.) My guess is that’s because more people rent the jumpsuit, so taking it out of circulation is less desirable to RTR. But that’s their problem, not mine as the consumer.

And this brings me to my core problem with the service: What you get for the price just isn’t quite worth it. I’m OK with the trial and error of hunting and discovering great things. I’m OK with paying to rent clothes that would retail at around the $300 price point. But only being able to rent three at a time doesn’t quite make the math work for $139 a month, because on average I’ve liked one per order. (And one of those was damaged.)

And there’s enough friction in packaging it up, dropping it at UPS, going to the site to select something new (there’s no automated queue I suppose for inventory reasons) and waiting four days to get the new items before knowing if I’ll like them, that really I’m trying three things a month if I’m lucky. $50 each for the roll of the dice that I might like one? As much as I love the fur vest, I’m not sure the handful of times I’ve worn it was hugely worth $139 for a single mom on a startup salary.

I don’t mean to be harsh. I think this is a flawed service that could easily be great. Amazingly great. But a few things need to change. Either:

I don’t know the underlying economics, but my guess is they could still work with one or other of those price/value changes. Plenty of women would be too lazy to return items, offsetting the women who are getting the most for their money, and the site seems to have plenty of unrented inventory. But I could be wrong. Certainly this is not a time to double down on unsustainable offerings.

Maybe I’m alone and everyone else loves the service. Or maybe I’m just not the demographic.

But as a woman with a modest amount of discretionary income, I’ll generally pay for one of two things: An imperfect service that offers excellent value (think: Safeway Online) or a pricey service that’s so perfect it’s worth it (think: Soul Cycle). Like a sparkly Nicole Miller gown that goes to prom one week and an award ceremony the next, this service is pulled in too many opposite directions to be as great as it should be.