Hundreds of thousands of women march in protest against Trump: Facebook News tries to silence them all

We don't usually post on Pando at the weekend, but this is too topical and too shameful to wait until Monday.

As you certainly know, today is the day of the Women's March on Washington in protest of Donald Trump. The main event is in DC, where something close to 500,000 protesters of all genders and ages have packed the streets -- but there are also major protests in Chicago, New York and around the world. Including Antarctica.

You certainly know this because the protest march is the top story on every major news outlet, and because updates and photos from the event are flooding your Twitter and Facebook feeds.

And yet, here's what Facebook's trending news feed looked like at the height of the march... 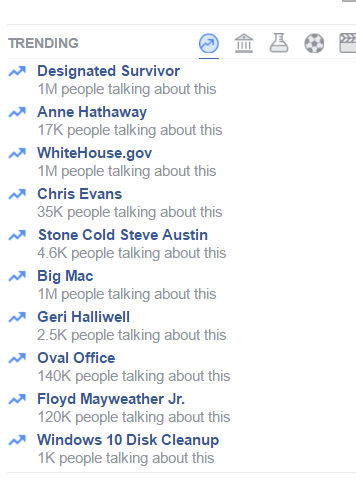 And here's its trending politics feed... 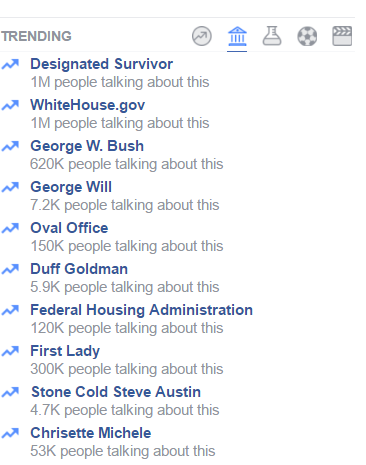 In case you think I'm seeing something different from the rest of the world, be assured I'm not....

@rachelclarke @paulbradleycarr I don't see any in top trends OR politics... and I'm in Chicago so I thought it might show up

I've written plenty (most recently this) about Facebook's increasing coziness with Donald Trump, and there's plenty more to be written about the growing unhappiness inside the company with the right-ward direction that senior management are taking in an attempt to please (/avoid conflict with) the incoming administration. Stay tuned.

For now, I've contacted Facebook to ask if the trending news feed is yet another example of that attempt, or if there's some mystery glitch that has caused the voices of hundreds of thousands of women to be silenced in favor of stories that, by Facebook's own numbers, only a thousand or so people are talking about. I'll update this post if I hear back.

Update: A Facebook spokesperson responded to me on Tuesday afternoon, insisting that "some number" of the following terms "began trending on Saturday."

He was unable to provide supporting evidence for which of the terms trended when, and who might have seen them. "Trending is algorithmically driven based on conversations on the platform," he explained.

I also asked whether it was accurate that Facebook is staffing up its policy team with right-wingers or others sympathetic to Donald Trump. The spokesperson declined to comment on the record.