White men to women and minorities in tech: We just DGAF

Last November, LinkedIn published a study that showed just how much white men care about diversity in tech. Spoiler: Very little when they are allowed to answer questions about diversity without using their name.

Less than 5% of white men surveyed said they considered a lack of diversity a top problem. Three-out-of-four respondents were unaware of any initiatives to make their companies or portfolios more diverse. And 40% of male respondents were sick of the media going on and on about it.

How about actually try to solve the problem, and we’ll all shut up OK?

Silicon Valley Bank released its annual US startup outlook today. And in terms of women on boards or women anywhere in the executive ranks, things are slightly worse year-over-year. 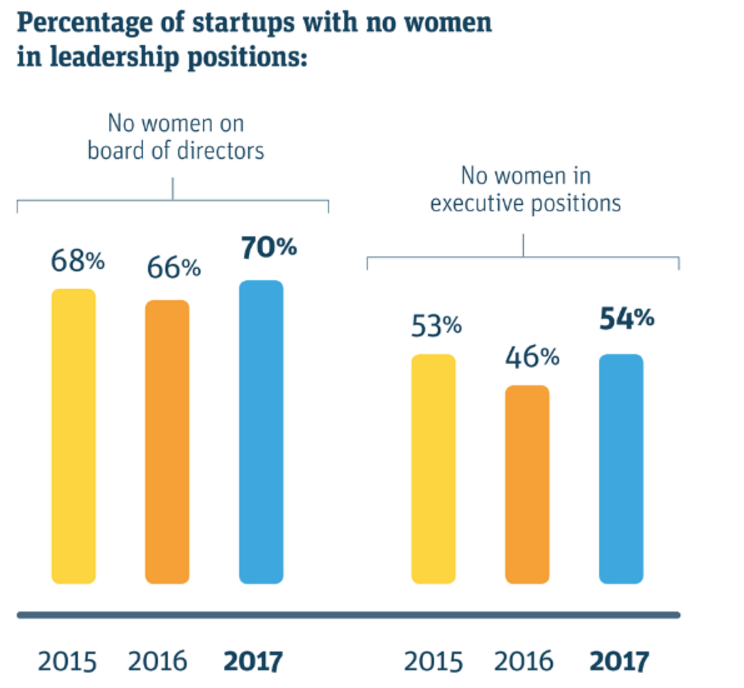 According to SVB, only a quarter of startups even say they have programs in place to change this. That’s the same as last year’s survey, and the same as the LinkedIn study above. This also echoes the results of First Round Capital’s state of startups last year, where founders ranked diversity low as a concern, and there was a sharp divide between men and women on the cause for tech’s lack of diversity.

Guess what? Men blame the pipeline (It’s not our fault so nothing needs to change!) Women blame a mix of unconscious bias (It is your fault; you just think it’s OK because it’s not intentional) and a lack of industry role models and mentors. The industry freaks out when Mike Moritz or John Greathouse say this kind of stuff about gender publicly. And that makes us all feel good and pretend we’re making progress. But privately, the vast majority of white men in tech believe it.

And yet, despite the fact that 95% of white male respondents didn’t consider this a problem, 40% were sick of hearing about it, and 75% weren’t aware of any programs to address it, investors in the LinkedIn survey guessed that within five years, one-third of their portfolios would be comprised of female founded companies and racially diverse teams. Founders in that survey similarly expected rapid progress: That somehow in five years half of their hires would be women and people of color.

We now have three surveys showing the same thing: White men in tech simply DGAF about increasing tech’s diversity. It’s the kind of thing everyone says is a problem on social media or on stage, but less than 5% of the industry actually believes it’s a problem. White men do not believe they bear any responsibility for the way things are, and only 25% of companies have any effort underway at all to make things better.

And so, none of us should be surprised that nothing is changing. Horrified, yes, but not surprised.