But there's totally no systematic problem at Uber!
By Sarah Lacy
Jun 6, 2017 · 7 minutes

Uber’s Eric Holder “investigation” is done. Employees were supposed to get the highlights today, but that’s reportedly been put off. Meantime, the rest of us won’t get any details, only “recommendations.”

Ohhhhh, we want to grow up!

Unfortunately we’ve also now heard from board member Arianna Huffington and head of HR Liane Hornsey that there is no problem! Just a couple of bad apples. Nothing more so than at other tech companies.

Given statistically how few women come forward to report harassment and discrimination, it’s astoundingly bad luck that the only woman ever to be treated that way at Uber just so happened to be the one who spoke up about it. If only the company had picked someone other than Susan Fowler as their sole victim of harassment and discrimination. Someone a little more cowed, certainly not someone who had written best selling books and was a skilled communicator. If they were only going to sexually harass one worker, damn did they pick the wrong one.

Meanwhile, apropos of nothing, there's this...

Uber Technologies Inc. told employees that more than 20 people have been fired after a company investigation into sexual harassment claims, according to a person familiar with the matter... Perkins Coie looked into 215 claims and took no action in 100 instances...

OK, you get my point: We expect nothing of note from the Eric Holder report because the company has already tipped its hand that it doesn’t think-- or simply won’t admit-- it has a systematic problem here. Which doesn’t square with the (uncontested) New York Times report of the company’s Vegas parties, nor the leaked (uncontested) account of the all hands with female engineers where they explicitly said there was a systemic problem, nor does it square with reports I continue to hear from the company that women are reporting sexual harassment to HR and not getting resolution.

Nothing has changed, nothing is changing, by all external signals and internal accounts I’m hearing.

And yet, this week Uber made two meaningful hires: Frances Frei and Bozoma Saint John.

Let’s note what neither of these are: A COO. Nor do they replace any of the other open C-level positions at the company. Indeed, Frei isn’t even “new” -- she’s been consulting with the company already for months.

Uber-- the most highly valued startup in Silicon Valley history-- has spent four months trying to make a meaningful hire to telegraph to the world that Travis Kalanick has changed and wants to change and will change, if only he could get “a Sheryl!” Won’t someone please help this 40-something year old man “grow up”?

Credit to Uber: It has hired two impressive women….. Finally.

Re/Code got the scoop on the first and more boring of the announcements: Frei, formerly of Harvard Business School and a well-regarded expert on gender and diversity in the workplace.

It was a remarkable write up of her appointment, mostly because of the “bull” case that Frei made about Uber. She ticked off problems like untrained managers, no off-sites, and too many c-level vacancies. In her words:

“[Uber] feels for me, given all the bad circumstances, as sanded, and that it is ready to have some education painted on it”

“The people who have left have largely attributed it to bad interaction with managers, and that has been unfair to put those managers in place without any training or skills and no development.”

Wow with that kind of systemically broken culture, it’s no wonder she says 95% of employees crave change. Kara Swisher noted Frei is, “wearing an Uber-branded shirt despite all the negative comments she now gets when people see it.”

(On that issue, Swisher presumably feels some sympathy… 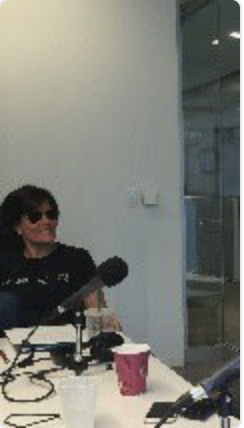 And this may be the most damning of all of Frei’s bull case on joining Uber:

“Honestly, it could go either way ... but you could be part of the inflection point of it going even higher.”

Wow. That, ladies and gentlemen, is what a $60 billion valuation in Silicon Valley buys you: A company that “could go either way.”

Not a massive ringing endorsement. Do not bring Frei on the next fundraising roadshow.

She also said plenty of statements that simply didn’t ring true. Of Kalanick she said “What has been lacking for him is a team he can rely on.” Huh? You mean, like say, the inner circle of protected bros who all have had each other’s backs no matter what? It is well reported that the problem at Uber isn’t that Kalanick doesn’t have people to rely on, it’s the ones he chooses to rely on.

But more to the point, a lot of the statements Frei made were almost identical to what Jeff Jones said coming in as the company’s no. 2 executive last year. That he (and now she) would talk to drivers. Listen. “I can ask everyone for feedback and, especially from drivers, get novel ideas that I pass on to the right team.” That’s what Frei told Re/Code, but it could be pulled straight from Jones’ mouth as well.

From his LinkedIn post about Uber’s need to listen:

Since joining Uber in September, I've spent more than 250 hours diving into the details, asking and answering questions, and developing our priorities and plans for 2017….thanks for your feedback. In business, it’s not always easy to hear what your customers think. Demonstrating that we have ears as well as a mouth will be crucial to Uber’s long-term success.

That strategy did not work out for Jones. And he had a bigger title. What is going to be the difference with Frei when company “cool girls” like Huffington and Hornsey continue to deny Uber even has a problem?

If you combine the tepid enthusiasm for her job with the statements that mirror a dude who just quit, it was hard to see this news as much to hang your hat on if you’re an Uber bull.

Uber did better this morning with somewhat of a Holy shit! hiring announcement: Apple’s Bozoma Saint John. Or as she’s called on Twitter: @badassboz.

Self proclaimed badass and badmamajama. Generally bad. And good at it. Head diva of global consumer marketing @applemusic & @itunes

She’s a fearless and charismatic, rising star in Silicon Valley. She does not seem like some “fiduciary cool girl.” She is not some corporate speak academic like Frei.

Read her Twitter feed: She’s as anti-Silicon Valley bro as you can possibly imagine. Even I can’t come up with a single bad thing to say about her, other than why the fuck would she shackle her rising career to a company with an admittedly toxic culture, a Department of Justice investigation, a bloated valuation it can’t possibly maintain, and a lawsuit from Waymo that threatens the future of the company.

What she will be doing at Uber is unclear…. My guess is they aren’t rolling out a digital music arm. What they said to possibly convince her this company isn’t what we all know it is when it comes to women…. is also unclear.

In other words, Saint John is the one I’m watching when it comes to parsing Uber’s continuing problem with, well, even admitting it has a continuing problem when it comes to diversity. The Eric Holder report -- er,  its “recommendations”-- will say nothing. Frei will either give up on her mission and bide her time, or value her professional reputation enough that she leaves like Jones before her.

But hiring Saint John is like injecting a strain of pure-anti-bro into the bro-y-ist known organism. How the fuck is this going to play?

What will Saint John do when she gets to Uber, starts talking to other women, and realizes the depth of this problem? It’s as much of a risk for Uber as it is a PR win for them today.