Just a kid in the turtleneck, listening to to Bob Dylan and looking out the window.
By Sarah Lacy
Aug 2, 2017 · 5 minutes

Walter Isaacson’s book about Steve Jobs features a scene where’s Jobs is so angry to have been ousted from Apple that he stares out his widow listening to “The Times They Are a Changin’” on vinyl over and over again.

“The loser now will be later to win…”

Travis Kalanick seems to have internalized this part of the Jobs narrative….and only this part. According to Re/Code, Kalanick has been telling friends he’s planning to “Steve Jobs it” and return as CEO of Uber.

Couple things. First off, people who think of themselves as the next Steve Jobs usually aren’t. (Remember when Jack Dorsey was called the “next Steve Jobs”, came back to save Twitter and … uh….)

Second, as I wrote earlier this week, a huge difference between the likes of Steve Jobs or Elon Musk and someone like Kalanick is the former two built hardcore technology, not front-facing apps that are identical to competition and grow through spending billions in bonuses and subsidies.

And remember: Steve Jobs was only able to return to Apple and be so successful for two reasons. The first was Apple became so beleaguered, that there were frankly no other options. Jobs came in and absolutely destroyed the product roadmap, fired huge swaths of people and was ruthless in remaking and refocusing the company. But the company was failing. When Dorsey returned, he threw his predecessor Dick Costolo firmly under the bus in the first earnings call-- we surmised at the time-- to create a similar comeback narrative. (Again, didn’t work.)

So if the Kalanick-to-Jobs analogy is at all apt…. Well, that doesn’t portend well for the next few years of Uber. Which matters because unlike Apple or Twitter, Uber isn’t yet public. 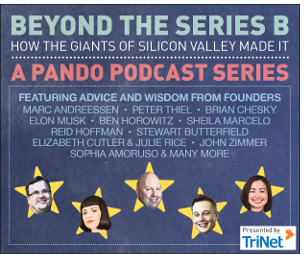 Is Kalanick going to sit on the board sabotaging the company to get that chance? Or like a lot of founders is he only channeling the parts of the Steve Jobs story that suits him. (Hey! Look at this! I can treat people like shit and succeed! Sweeeeet!)

The second reason Jobs was able to return to Apple -- and succeed where he’d failed before-- was that a different Steve Jobs returned. He didn’t sit around sulking and listening to Bob Dylan that entire period. He founded Next and was humbled by how the experience to run his own show played out. He became the CEO of Pixar. He learned how to become a great CEO.

Here’s Ben Horowitz on that transition, mostly as told to him by his and Jobs’ close friend and mentor Bill Campbell. From our PandoMonthly interview:

One of my favorite things about Steve Jobs is… like so many of us, when he started, he wasn't a really good CEO, his first time through at Apple. So much so that he actually hired his own replacement. He went out and recruited John Sculley.

It wasn't somebody made him do that. He went out and did that bad hire. But then he built Next, which was a company that didn't succeed, but he really learned how to be CEO at Next. One of the great things, if you guys haven't seen it, is the management training videos. There are videos of him teaching the Next guys about the product, on the Internet.

You can see how he developed as a manager, and then when he retook, over Apple, he understood enough of it to be super effective.

I recounted to Horowitz a conversation I’d heard on stage at AllThingsD, before it became Code (and before I was banned from the event for…. Criticizing a softball interview with Kalanick) between Walt Mossberg, Kara Swisher, Larry Ellison and Ed Catmull, president of Pixar. The conversation was a tribute to the late Steve Jobs, and Ellison argued that Apple blew it by kicking him out because things got so much worse. Catmull argued the opposite, saying Jobs changed while he was away and it’s why he succeeded.

Horowitz said, in a way, both points of view were right.

I think that Larry is right that they shouldn't have kicked him out of the company, and I talk to Bill all the time about this. One of the big philosophies of our firm is the founders are fundamental to the company succeeding.

A lot of that I got from Bill, from his experience at Apple and what happened when they ejected Jobs. They clearly lost their direction by kicking him out of the company. They should have dealt with his weaknesses to keep his strengths.

This is a classic strengths versus lack. Steve Jobs as one of the ultimate examples of that. His weakness is well-documented. They really are weaknesses. They're not just part of the genius that he curses people out for no reason. That's not genius. That's just idiotic.

It doesn't matter, if your strengths are strong enough. So that was right. I do think that there's some question that building Next, when you go through a hard company build, there's really something to that, "Is it replaceable?" That's what was required to then come back and do the great things he did at the end.

So there you have it. The bull case for Kalanick coming back to Uber one day: His “strengths” of being a lawbreaking, valuation-maximizing, growth-at-all-costs showman being more important than things like systemic misogyny and alleged trade secret theft. Hey, 1,000 Uber employees and Arianna Huffington agree.

In that same AllThingsD interview, Ellison mocked young founders who dressed like Steve Jobs, thinking somehow a black turtleneck was his key to success. Until Kalanick actually does anything to prove all those trite words about “needing to grow up,” he’s just a kid in the turtleneck, listening to to Bob Dylan and looking out the window.

And, by the way, that’s even more pathetic than getting kicked out of your own company.