Those who follow me on social media know I’m starting a new company to connect and empower women-- particularly working moms-- in a troll-free, mommy-war free community.

While we're still working on building the main product, we've already launched a daily newsletter aimed at arming badass women to do battle every day in an unfair world. It's called the "Mama Bear," and is edited by the brilliant Lily Herman.

We chose the name "Mama Bear" because ferocious, protective maternal love and power is the most terrifying and amazing force in nature… and among human mothers as well. It’s what we need to tap into to change everything.

When we launched the newsletter, I explained to readers why I find the Mama Bear idea so inspiring, but a letter we got from reader Maureen Herman (an LA-based writer, and the former bassist of Babes In Toyland) during our first week, made the case even better than I can.

With Maureen's kind permission, we're republishing the letter in full below. It’s relevant for a Pando readership for two reasons. First off, Maureen currently works at a tech music startup. Second of all, if you're in Silicon Valley and read this story of strength, problem solving, and fortitude and believe working moms make worse employees, you just might be part of the problem.

Forget all that bullshit about working 18 hours a day. This is strength. This is resilience. This is the kind of person I would want on my team...

After a sexual assault that got me pregnant, and an adoptive family that backed out a week before my daughter’s birth, I found myself about to have a baby I didn’t want, didn’t plan on, and was in no financial position to keep or raise. But I did. Instead of one dramatic epiphany, my inner Mama Bear revealed itself incrementally. It began with knowing that this kid had pretty rotten options: staying with me in certain poverty or getting thrown into the state foster care system.

The circumstances of my daughter’s conception were less of an issue for me than the hardship I knew I was bringing her into. Though I knew I was a flawed choice, and had no way to provide for her at the time, I knew I couldn’t put a helpless infant into the hands of the unknowns of foster care. This was the beginning of the “maternal protective love” that Chairman Mom’s founder described.

I felt like I was the only one who could truly have her best interests at heart—that I had to shield her from potential harm, abuse, and neglect. That was how I first felt connected to my “inner Mama Bear,” because before that, I could not even imagine myself as a mother. But now, I just wanted what was best for her—excellent health care, fair educational opportunities, and a chance at a life better than the situation she was born into.

If you think about it, Mama Bears by definition have liberal, progressive values: protect the weak, nurture the needy, defend the powerless. Though for me, my maternal instincts took time, the bond and fervor grew, and intertwined with my background, my politics, my feelings and my unconditional love for this baby girl. Soon, instead of feeling incompetent and unsure, I was like, “OK, if we’re going to do this, let’s really go for it!”

I needed that attitude, because raising an infant in poverty requires relentless determination. I persistently pursued any social services resources, programs, and information that would help give a disadvantaged infant a healthy, happy, and hardship-free childhood, despite my income. My inner Mama Bear learned to let go of embarrassment and shame in asking for, and getting help for what I needed to raise my child.

That first tough week, I had nothing. Having endured eight years of Catholic elementary school, I figured it was fair game to reach out to the local church. You know the old adage that throwing money at a problem isn’t going to solve it? That’s bullshit. That church not only loaded me up with formula, diapers, and wipes, but they gave me gift cards to Target, grocery stores, and Babies 'R' Us. It made all the difference in getting me set up to raise an infant from scratch—having prepared nothing in advance.

It does take a village to raise a child—but not if the village has all of its social services funding cut. Just yesterday on MSNBC, some GOP congressman was talking about the welfare state and entitlement and people getting things for free killing their incentive to work. What these (usually) men fail to comprehend is that poverty is not a permanent state if the resources are there to give families a fighting chance. You have to give these programs the full spectrum view—beginning to end.

People getting something “for free” is a part of the process of breaking free from poverty, disadvantage, and powerlessness. Society, in the form of government social service institutions, play the same role as the Mama Bear, because it takes someone who is initially so vulnerable and powerless and leads them to self-sufficiency and success. In my case, this helpless infant became becoming a witty, beautiful teenager in high school honors classes and a Senior in Girl Scouts, the second-highest level you can reach. She is presently showing me how to use Final Cut Pro, which she taught herself over summer break. We did it. With help.

I wanted my daughter to have the best life possible, even with my limited resources. I found food pantries, church programs, holiday programs, community organizations, and even a site for buying used baby clothes on the cheap from a local “Mothers of Twins” group. I applied for and received food stamps, Medicaid, WIC, and at six months old, enrolled her in Early Head Start. She remained in Head Start until she was four years old. It was an exceptional program—she was an early talker, an early reader, and a healthy, happy kid. Head Start really does give otherwise disadvantaged children a level playing field.

Frankly, with the notable exception of Head Start (started by the Kennedys) and WIC (started by the Black Panthers), I found government organizations to be riddled with red tape, unfair or unhelpful requirements, and often underfunded and under-staffed programs with ridiculous paper chases. In my Mama Bear pursuit of whatever aid we were eligible for according to local and federal guidelines, I felt the reality of what Sarah Lacy described as “doing battle in an unfair world.”

“Your daughter’s birth certificate lists the father as ‘unknown.’ We need his name to contact for child support or you can’t get food stamps.” Meet Mama Bear.

“We need the receipts for prescriptions to be cash register receipts and not the ones they staple to the bag, sorry, you can’t get credit for those expenses.” Meet Mama Bear.

My pursuit of available resources we were eligible for was like when you start out watching a YouTube video on life hacks and ending up on costumes of the Renaissance before you know it. One leads you to the next, and the next, and the next. I applied for a scholarship membership to the YMCA, was approved, and was led to even more community resources—and friends for both her and me.

Help was thankfully out there for us, and some was easier to access than others, depending on the agency or organization. Head Start was well-run and brimming with win/win ways to give my daughter things, experiences, and opportunities that were otherwise unavailable to me.

One great example was their reading program where you earned “points” by keeping a log of books you read to your child. When you had enough points, you could go “shopping” in the program’s warehouse, which was filled with donations from corporations, communities, and individuals. Notably, one of the corporate donors was Pottery Barn Kids. Since we went to the library every week to got a new haul of books, by the end of that year, my daughter had an entire Pottery Barn Kids bedroom set, complete with matching drapes, rugs, and lamps, a full play kitchen set, and a craft table—just like I would have wanted for her if I could buy these things myself. I’m ever grateful to Pottery Barn for their participation, and kudos to Head Start for tying this benefit to early childhood reading, to instill a habit that for others might not have been there.

Eventually, I landed a job at a San Francisco tech music tech startup founded by a former early Google executive, which I could do mostly from home. I went from being on welfare, to making $30,000 year as Director of Business Development because of my background in the music business (I was the bassist for a semi-famous all-female punk band in the nineties). Six months later, they raised my salary up to $50K. No longer eligible for Head Start because of my income, I signed her up for Montessori, even though it was half of my paycheck. When it came time for kindergarten, I saw a flyer about a lottery for a new all-day public school kindergarten program. Guess who signed up and got in? Mama Bear.

Getting all of that help early on enabled me to get to a position where I could help myself and was able to build a career out of what had been nothing. Yeah, I got things for free. But now, I can buy them myself, and now I can be a voice for others in poverty, speaking out against cuts to social service programs and early childhood education.

My parenting situation was unique, and so is everyone else’s, which is why reproductive rights should be defended just as doggedly whether you have children, want children, or not. To be very clear, I am not advocating that women raise children born of rape—quite the opposite. It is not something to be taken on lightly, as there are constant complex psychological minefields for all involved. Without extraordinary mental health and financial support, I can’t imagine getting through it. I am ardently pro-choice not only in cases of rape, but in all cases, including because you don’t feel like it. So is my 14-year-old daughter.

In the same way that I relentlessly pursued the best life possible for someone in a vulnerable position, my child, I now know I need to apply my inner Mama Bear to vulnerable women, like those on college campuses, where my daughter will be in three years. As a writer, I need to speak up for the rights of victims, and the importance of reproductive choice, especially when another male politician starts talking bullshit about legitimate rape. I need to take to social media with parts of my story to educate others about funding for social services when the news is full of talk of cuts.

That’s why I’m so glad to be a part of the early stages of Chairman Mom. When threatened, Mama Bears protect their young fearlessly, with might, agility, and righteousness. Under the threats we face as women now, we need to do the same, so thank you for creating this forum for community and action to help other women every day.

Maureen Herman is a writer and the former bassist of Babes in Toyland. She is writing her first book, "It's a Memoir, Motherfucker" for Flatiron Books. Her work also appears on Boing Boing and the Huffington Post. She lives with her daughter in Los Angeles. 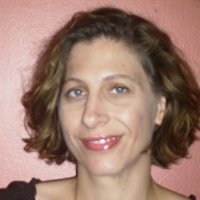 Maureen Herman is a writer and the former bassist of Babes in Toyland. She is writing her first book, "It's a Memoir, Motherfucker" for Flatiron Books. Her work also appears on Boing Boing and the Huffington Post. She lives with her daughter in Los Angeles.