Michael Arrington has chosen this of all moments to loudly re-enter the public eye.
By Paul Bradley Carr
Dec 1, 2017 · 3 minutes

I found myself thinking about Michael Arrington the other day.

Specifically, at a time when barely an hour can go by without a high profile media figure being accused of harassment or assault towards women, I found myself thinking how much Mike – a Pando investor, who Sarah fired from our board in 2012 - dodged a bullet.

He probably didn't feel that way back in 2013. What with this Daily Mail headline…

…and this Vanity Fair story…

As he built TechCrunch into a multi-million-dollar empire, blogger-investor Michael Arrington became a one-man nexus of power in Silicon Valley. Now he’s on the defensive, denying accusations that he raped an ex-girlfriend and abused two other women. Welcome to the dark side of the Information Age.

….but nonetheless Mike, a former “Time Magazine Most Influential Person,” was incredibly fortunate that allegations about his behavior towards women were made at a different time.

A time when female victims of harassment were still not routinely believed, when colleagues and friends of alleged abusers could still dismiss a rape allegation as a “personal matter” and – critically – when a wealthy man accused of assaulting or abusing three women could not only keep his job but, while the scandal was still making headlines, would be invited to host a high profile conference hosted by his public company bosses.

And another: Can you imagine today a man with Arrington's stature suing his accuser in order to force her to retract her claims. And being cheered for it by other Valley insiders as Arrington was?

So, yes, by any metric, Arrington was astoundingly fortunate. He was able to keep operating his investment fund, keep appearing at conferences, keep growing rich in a way that would be simply impossible today.

All of which makes it all the more - what's the word - interesting? brave? something else - that Arrington has chosen this of all moments to loudly re-enter the public eye, with the announcement of Arrington XRP Capital, his “$100 million cryptocurrency hedge fund”.

According to that launch announcement, Arrington XRP Capital will “invest in a wide variety of cryptocurrency assets and related technologies. The primary focus will be on existing tokens. The fund will also invest a portion of its assets in ICOs, as well as more traditional investments such as private equity offerings.”

At this point lawyers would probably want me to reiterate that Arrington’s accuser recanted the most serious of her claims, shortly after Arrington filed suit against her. So I shall. Arrington has strongly denied any wrongdoing. At least one of the other allegations about Arrington - made while he worked at RealNames - is reportedly the subject of a mutual confidentiality agreement.

I should also say, I have absolutely no idea is a cryptocurrency hedge fund is a brilliant idea, snake oil, or somewhere in between. I assume we'll hear lots of enthusiastic words from Ron Conway et al.

Still, I’d also be remiss if I didn’t point out the "fun" coincidence that Arrington isn’t the only scandal-ridden sometime VC to have recently reappeared with a splashy $100m bet on crypto currencies. From Forbes…

In 2014, he pleaded guilty to abusing his then-girlfriend. Now, he not only faces possible jail time for violating probation — after allegedly kicking another woman — but he is also being sued by at least four former employees for harassment and discrimination.

Arrington, Chahal... My question is this: Does two make a trend? Or do we need three? Or more? Is this going to replace the "bro culture lecture tour" as a path for scandal hit tech dudes to make their comebacks?

Because once you start looking... 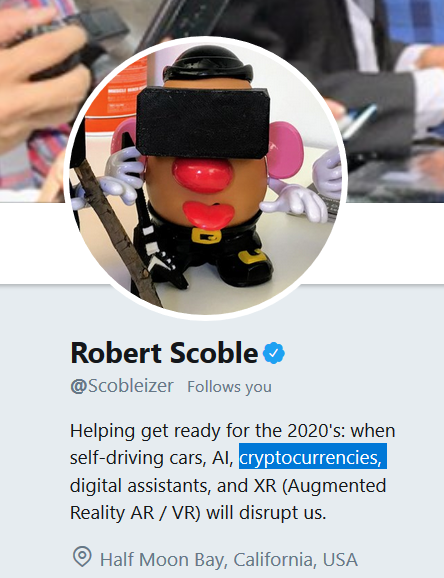