Why do we focus on the cap table? Because it holds the roadmap to wealth and power in Silicon Valley.
By #Angels
Feb 28, 2018 · 7 minutes

Three years ago this week, we launched #ANGELS and began investing in early-stage startups as a collective.

Over 50 investments and thousands of hours of conversations among ourselves and with other women in our industry later, we have more conviction than ever in our mission: to get more women onto the cap tables of successful startups. Why do we focus on the cap table? Because it holds the roadmap to wealth and power in Silicon Valley.

The cap table, or capitalization table, is a legal document that records who owns shares in a company, and how many. It generates the payout spreadsheet in an exit, revealing how the proceeds from an eventual IPO or acquisition will be distributed. To truly understand the depth of the diversity challenge in our industry, we need to start talking about the cap table.

Tracy Chou’s post “Where are the numbers?” catalyzed an important movement: technology companies now (largely) publicly report the gender and racial makeup of their workforce. This was a watershed moment. It quantified and illuminated the under-representation of women of all races and Black, Latinx and Native Americans people of all genders (URMs¹) in the industry. Reporting these data has now become an industry standard. And it’s given companies a yardstick to measure progress, and made clear where companies are falling short.

Over four years later, we’d like to see another metric layered into the diversity discussion: the percent of the cap table that belongs to women and URMs. From our experience as operators and angel investors, we suspect it’s incredibly small. Which is why we should measure it and talk about it. We call this under-representation #TheGapTable.

There are essentially four groups of people who have significant ownership on Silicon Valley cap tables: founders, investors, senior executives, and early employees². It’s no exaggeration to estimate that a founder or senior executive has one-hundred or one-thousand times the number of shares compared to a non-early member of the team, particularly in large organizations. And women and URMs are dramatically under-represented in every single one of these kingmaker areas³. A company may have 30% female employees, but if women aren’t proportionately represented as founders, executives, early employees, and investors, they will own far, far less than 30% of the company. Viewed through this lens, the power dynamics of the technology industry are far more lopsided than we currently measure.

If we want to foster an inclusive and equitable industry, women and URMs need to be included in the wealth creation of successful companies. There is a virtuous cycle to capital in Silicon Valley: many of the proceeds from exits fund the next generation of technology and innovation. The myriad downstream effects of being on the cap table — taking risk, angel investing⁴, starting a VC firm, bootstrapping a start-up, funding political campaigns — magnify influence and shape the products and power structures of Silicon Valley. The major shareholders of successful start-ups get the privilege of building institutions that define the next generation of the industry. And as technology has an increasingly global footprint, this influence shapes the entire world.

It’s time to measure #TheGapTable and talk about the money. Here are a few places to start:

Startup Founders: you control your cap table, who gets shares, and how many. The people you bring in early on, both investors and team members, will be among the largest shareholders in the company. Prioritize diversity from day one. Ask your investors for introductions to women and URM co-investors and early hires.

Growth Stage Company Executives: many companies at this stage report workforce diversity data and examine pay equity. Consider the cap table in both of these efforts. Include stock in pay analysis. And add the gender and racial breakdown of the cap table to your diversity report. It may take a while to get here, so an immediate starting point: analyze and publish this data in the employee portion of the cap table (including founders and execs, former and current employees) so ownership among these groups can be understood.

VCs and Angels: many of the opportunities for key ownership roles come through syndicating deals and making introductions for key hires. Access matters.

Other institutions: law firms and academics are well positioned to do a large scale report on cap table data, especially because fund and investor data is not straightforward. Carta, a venture-backed start-up that manages 7,000 cap tables, could be a fantastic partner for this. They nobly aspire to “create more owners. To map and expand the ownership graph, democratizing ownership in the process. To reduce income inequality by expanding the ownership of productive assets” (read their awesome full post here).

The wealth gap is not a new concept and we are certainly not the first to consider it in the context of Silicon Valley. There are many voices championing these ideas. Read Laura Weidman Powers’ post from last year on Code2040’s mission to close the racial wealth gap. Brian Thompson’s recent article summarizes the historical and current reality of this vast inequality.

Listen to the experiences of people who are under-represented in our industry — especially women of color who are significantly less represented and face additional hurdles compared to white women — as they fundraise, grow start-ups, and lead within bigger organizations. Read about Sarah Kunst’s journey. Understand why Aniyia Williams started Black & Brown Founders. Follow Sara Mauskopf, Herb Coakley, Tammy Sun, Camille Hearst, Heather Fernandez and Sima Sistani, to name just a few. Read about their experiences. Lift these voices up.

Most of all, seek out and support women and URMs in joining, founding, building and leading companies in our industry. Let’s all do the work to ensure everyone can get on the cap table. And to start, let’s measure #TheGapTable and talk about equity in the context of equality. We’d love to hear your thoughts and feedback. Please join us in the comments and on Twitter in this conversation of #TheGapTable.

¹ We’re using underrepresented minorities (“URMs”) to refer to Black, Latinx and Native American people of any gender. We’re striving to be inclusive with the language we’ve used in this post and are continuing to listen. If we have blind spots, please let us know (DMs are open).

² At many companies, engineering roles are also compensated with more equity than other functions.

³2% of VC funding goes to women founders (source). Black women receive far less than 1% of VC funding (source). 8% of VC partners are women (source). Note that contractors, including on-demand workers such as ride-share drivers and gig economy workers, are typically not issued stock and are entirely absent from the cap table — and this job category is growing fast (source).

⁴The six of us founding partners in #ANGELS were early and executive employees of Twitter. This is how we gained the financial resources and networks to start #ANGELS.

⁵#ANGELS is an investment collective founded by Jessica Verrilli, Vijaya Gadde, Jana Messerschmidt, Chloe Sladden, Katie Stanton and April Underwood, and includes Britt Davis who recently joined as a Principal. Our mission is to get more women on the cap tables of successful startups in Silicon Valley. Together, we have an investment portfolio of 50+ companies. 37% of these companies have a female co-founder, and of these, 26% are non-white women. URM and intersectionality remain a key area of improvement for us, as we have only 1 URM woman founder in our portfolio. In total, 7% of our companies have a Black or Latinx co-founder. In addition to angel investing, we have been hosting a series of events and conversations to build community, diversify networks, and include and promote more women in frontier fields shaping the industry. 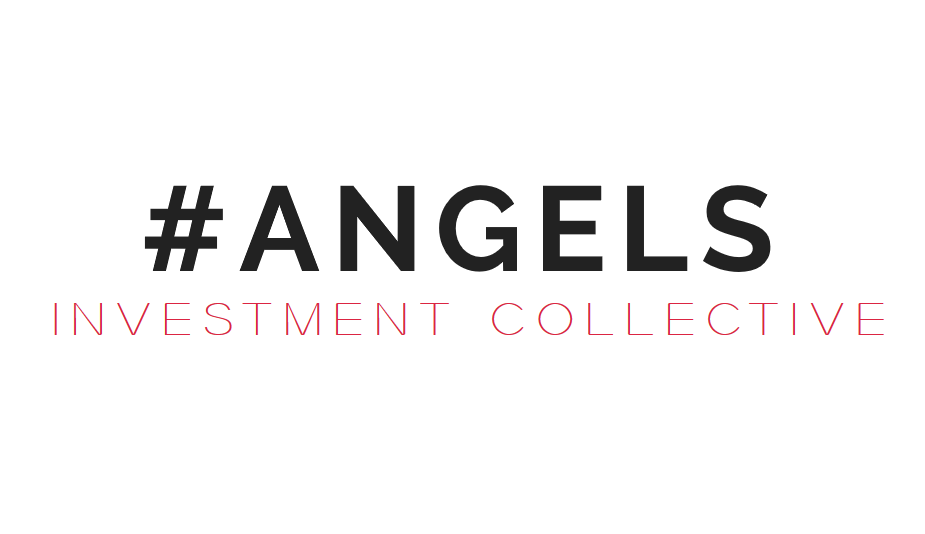 Written By
#Angels
Spread your love, share the article